GET ICE TO EXERCISE DISCRETION FAVORABLY AND PROTECT FAMILY UNITY 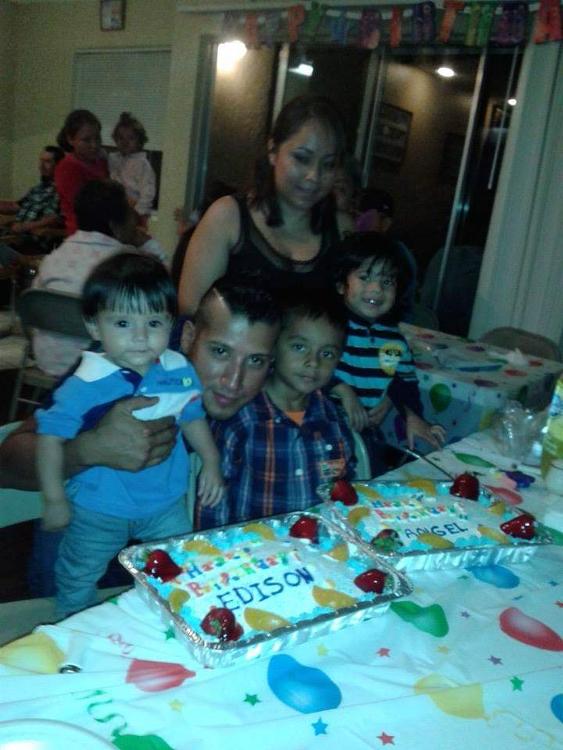 Jose Villalta-Monterroso, A#094804049, qualifies for a U-Visa and should be free, at home with his family, while he and his family await a decision on his U-visa case.

Jose came to the United States at the age of 23 over 11 1/2 years ago to escape violence in Guatemala. Since moving to Wimberley from Austin with his wife and children almost two years ago, he has integrated himself in the community of Wimberley. He and his family are active members of the community, including his son would have been a member of the Wimberley High School varsity soccer team this spring but for Jose’s detention.

Jose qualifies for a U-visa because, in 2016, Jose was at his place of work when an active shooter showed up in an attempt to harm one of his coworkers. Jose placed himself in harm’s way to keep his coworker safe. This situation qualifies Jose for a U visa, as he is a victim of crime, cooperated with police and prosecutors during the investigation, and clearly demonstrates he is a valuable member of the community. Jose has been waiting for over 2 ½ years for a U-visa because Congress caps the number of U-visas USCIS can issue each year. Furthermore, Jose has been waiting since August 2016 just to have his case looked at so he can get on the waiting list and be granted deferred action and permission to work while he waits for a visa..

Since Jose’s detention, his family has suffered tremendously. They have been evicted from their home in Wimberley due to their inability to continue making rent payments and forced to relocate to a dangerous neighborhood in Austin, which has severely disrupted their lives. Jose and Maria’s children have not only been forced to change to schools where they have no friends, but the whole family has experienced dramatic changes in their health due to the stress of having their family separated, especially Maria and their daughter who have both been hospitalized for stress-related issues.


As an Elected Representative that represents Jose, Maria, and their family, you have the power to intervene and ask that ICE use its discretion to let Jose await a decision on his U-visa case with his family at home. As stated above, Jose qualifies for U-visa and so an ICE grant of deferred action, a stay of removal, or placing him in court proceedings are all good options to allow the government time to process his case and him a chance at getting the immigration relief he is eligible for. We cannot let an arbitrary visa cap be the reason this family continues to suffer.