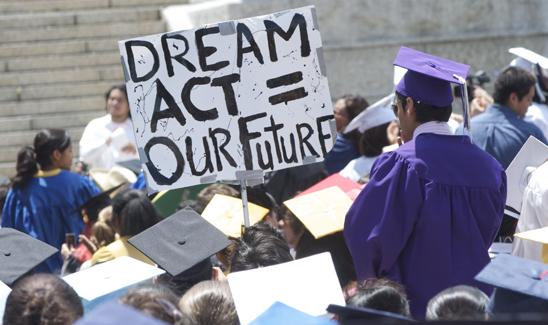 I write to you today to ask that your administration urge republican members of congress to immediately co-sponsor and pass the DREAM Act. Your administration has spoken out in support of Dreamers, and now is the time for action.

Since being first introduced in 2001, the DREAM Act has had widespread bipartisan support. This bill would allow the over 65,000 undocumented youth who graduate from American high schools each year a chance to finally be able to give back to their country. With the DREAM Act these students will be able to study and work to contribute to the process of Making America Great Again.

Your administration has an opportunity to continue to make history and do what others have failed to, including President Obama who initially promised to pass the DREAM Act in his first 100 days in office. I urge your administration to push for the immediate passage of the DREAM Act, and to call on congressional republicans to support this effort.