For delivery to: Rep. Pelosi and Sen. Feinstien ((Congressional Leadership)) 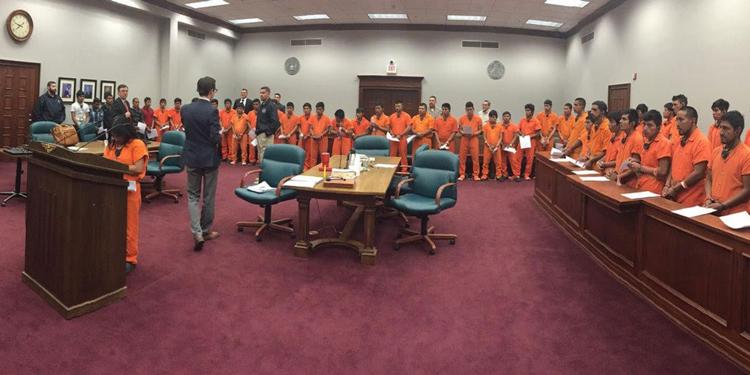 The short-sighted immigration reform law of 1996, passed by the Clinton administration, made it a felony to illegally enter the United States. These misguided laws are now making it possible for the Trump administration to prosecute anyone who enters the United States without inspection with a felony, and send them to prison. These laws are the main reason why the Trump administration is able to separate children from their parents, by claiming the parents are now felons and not capable of taking care of their children.

Join us in calling on our congressional leaders to immediately take up legislation repealing both 8 U.S. Code § 1325 & 1326. Since this policy went into affect on April 6th, thousands of parents with legitimate asylum claims have instead been convicted and are serving prison time. These families are going to be forever marked as felons and have a much harder time at fighting for protection in the United States.

We ask that our congressional leaders go to the heart of the issue of separating children from parents, by immediately introducing legislation to end the prosecution of parents as felons.